What is Social Media?

In 1981, much before the dawn of social networks, a psychologist in Ohio State University, Bibb Latane coined the Social Impact Theory after conducting a series of experiments to validate his hypothesis on how ‘influence’ works. However, the words “social media” was first used in 2005 depicting interest in the growth of inter-relational parts of the Internet. It is different from news sites and websites which have a commercial interest and are positioned just like mainstream media with advertising and readership concerns. In the beginning, news sites published stories that appeared in print format. But competitive pressures and viewers’ demands forced them to provide details about news events as they happen whenever a big story hits. 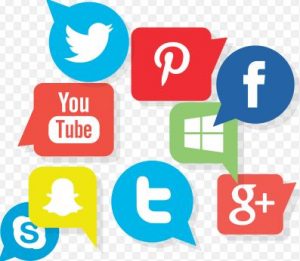 On social media (SM) platform, all participants have the opportunity to actively interact during the entire communication process unlike the communication model of traditional or modern media where the addresser sends messages to passive receivers. In his e-book “What is Social Media ?” Antony Mayfield1 of iCrossing has explained social media as a group of new kind of online media which shares most or all of the following features:

Participation: It encourages feedback from everyone who views content. There is no barrier between the media and the audience.

Conversation: There is a two-way conversation between writer and audience.

Openness: Most SM services are open to readers’ participation. They conduct polls and encourage voting. There are hardly any barriers to accessing content; password-protected content is a rarity.

Connectedness: SM network is built by using links to other sites and that’s how resources are accessed and more people get to know each other.

To cut it short, SM is any user-driven platform that allows online interaction between two or more people.

Social media has redefined the way election campaigning is done in various countries. On November 4, 2008, Barack Obama, 47, became the first African American to win presidential election against Republican candidate John McCain. His success was attributed to the way he used social media and technology to raise funds and win supporters. By November 2008, he had around 2.5 million Facebook (FB) followers, 1,15,000 twitter followers and 5 million supporters on social networks. It is estimated that 50 million people spent 14 million hours watching campaign-related videos on YouTube, which was four times more than McCain’s viewers. His social network, www.mybarackobama.com (MyBo) witnessed registered users and volunteers writing 4,00,000 blog posts and creating 35,000 volunteer groups.

SM has taken up many women-related issues. For instance, within a week of the Delhi gang-rape incident, ‘Delhi for Women’s Safety’ a Facebook group was created on December 18, 2012. It received 1,74,430 ‘Likes.’ Many such Facebook groups were created — Delhi Gang Rape — Protest; another girl gang-raped in Delhi —Can we stop it?’ to fight crimes against women. These groups provided a platform to everyone not only in India but across the world, to raise their voices.

By June 2014, SM reach was estimated to be overwhelmingly high —approximately 700 million people on Facebook, 343 million on Google+, 288 million on Twitter, 200 million on LinkedIn and 48.7 million were on Pinterest.

Some of the popular SM platforms which have the highest number of members registered under them are: Facebook, the online social networking application; Twitter, the micro-blogging social network; and video sharing platform YouTube where 35 hours of video material are being uploaded every minute (Royal Pingdom, January 12th, 2010).

It is an audio-visual platform that allows people to upload and share videos. As of February 2017, more than 400 hours of video material were uploaded to YouTube every minute and one billion hours of content has been watched on this site daily. Google bought YouTube in November 2006 for US$1.65 billion and the site now operates as one of Google’s subsidiaries (Source: Wikipedia). According to Alexa Internet, a web traffic analysis company, YouTube is the second most popular site in the world (the latest figures as of April 2017).

Facebook (FB) is an online social networking service where users can add other users as friends, exchange messages, post status updates, and digital photos, share digital videos and links. Facebook had more than 1.86 billion monthly active users as of December 31, 2016. It was the most popular social networking site in the world, based on the number of active user accounts as per April 2016 estimation (Wikipedia). By May 2017 which is the latest figure, Facebook had two billion populations (according to a posting by its co-founder and Chairman Mark Zuckerberg who is now the fifth richest man in the world, thanks to Facebook).

Launched in March 2006 by four friends Jack Dorsey, Noah Glass, Biz Stone, and Evan Williams, Twitter is being used to break news and interact within a word limit of 140 characters in each tweet. It is a social networking site that also offers microblogging facility (short contents known as tweets are distributed online among followers) to registered users. On the day of the 2016 US presidential election in November, Twitter was the largest source of breaking news, with 40 million election-related tweets that were sent.

For citing this article use:

Impact of ICT in Education